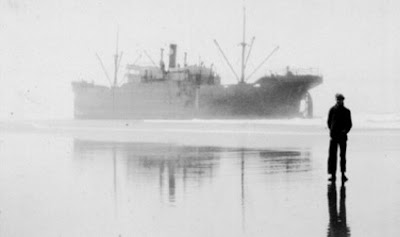 Sujameco Shipwreck
The big freighter was on her way to pick up cargo at Coos Bay when it ended up hard aground in the surf on the Coos Bay North Spit. It leaked oil and resisted all attempts to pull it back into deep water. 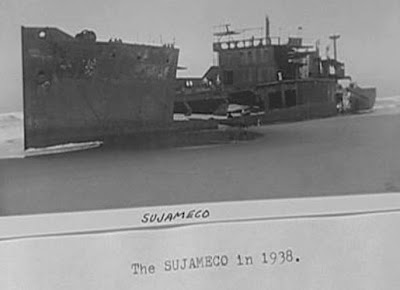 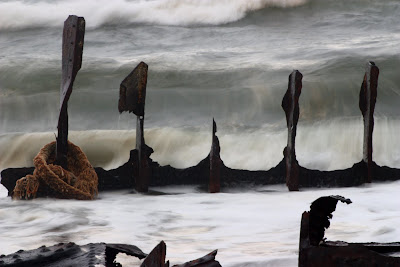 This time of year, winter waves strip the sand from Horsfall Beach to expose the rusting remains of the 324-foot cargo ship that ran ashore March 1, 1929. 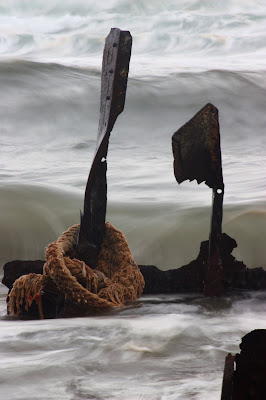 It's just up the beach a few miles from where the New Carissa beached on the spit under eerily similar circumstances on Feb. 4, 1999. 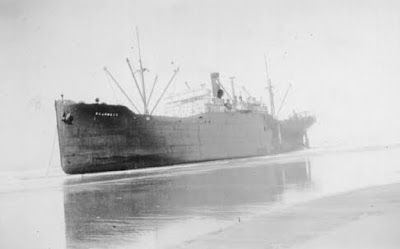 By now the saga of the New Carissa remains etched in the minds of Northwesterners. It was big news. 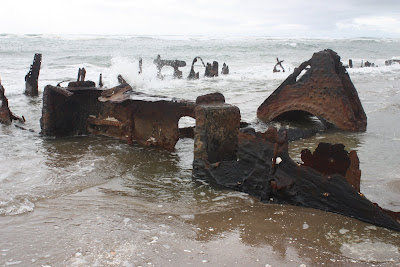 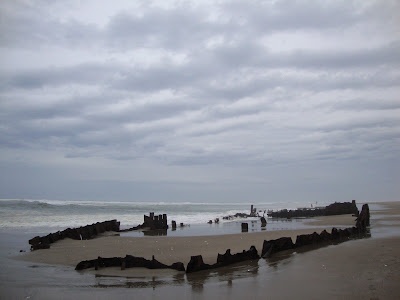 But now hardly anyone alive has heard of it, said Koppy, who believes there should at least be a sign at Horsfall Beach in the Oregon Dunes National Recreation Area to tell people about the wreck. 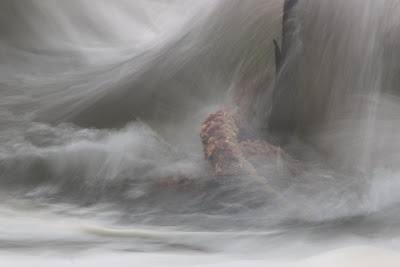 Bound from San Francisco to Coos Bay with a crew of 32 to load fir for the East Coast, she ran aground headfirst, under full power, in heavy fog about 9 am eight miles north of the bar. Wave action quickly turned her to broadside. 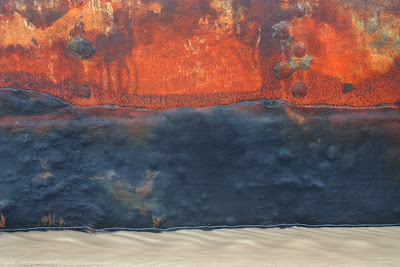 With the crew in no immediate danger, they remained aboard. Despite weeks of effort to move her from the beach and refloat her, all failed. 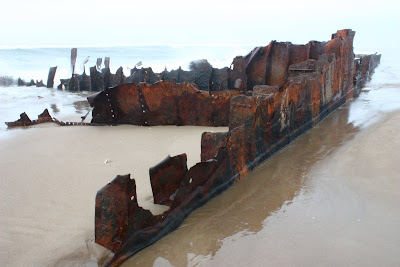 Inevitably, the current moved the ship southward and the Sujameco began to list and work her way closer to shore. 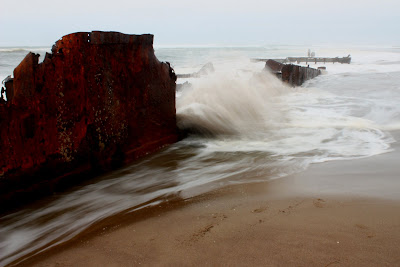 Ultimatly, the wreck was sold for $150,000 to the Pacific Salvage Company which removed engine, boilers, and all else of value...and left the hull to time and tide, which years later was cut up for scrap metal during World War II to aid the war efforts. 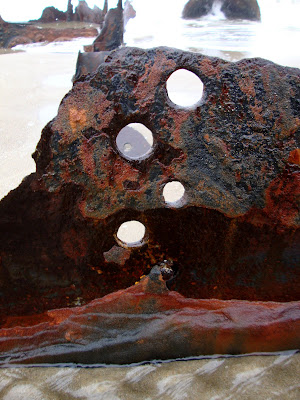 Not much remains of the Sujameco, just pieces of the metal hull, a few cross members, and the rudder canted slightly seaward. Hundreds of rivets still hold the remaining pieces together. 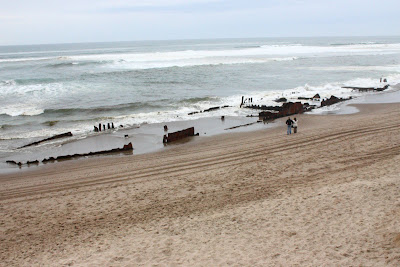 Waves rush back and forth over the bones of the exposed wreck.  Some fuel may remain buried beneath the wet sand. It is said a rainbow sheen can be seen around an exposed pipe. 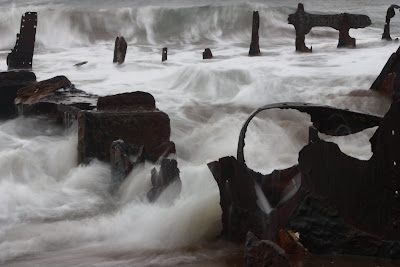 High seas and low tides each winter help to expose portions of the shipwreck; but conditions this winter have exposed the shipwreck from bow to stern- allowing visitors, including myself, to catch the best views in years. 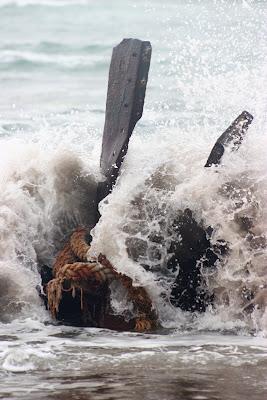 The Sujameco is just one of many ship wreck that still litter the shores off Coos Bay.  At a low tide, I was able to walk amungst the wreck and capture some "history". 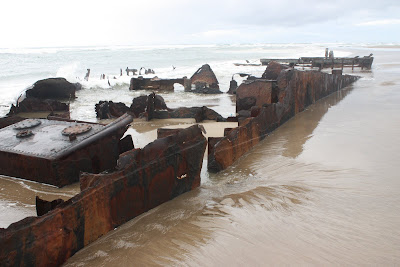 Even a wreck of rusted metal can be artistic. 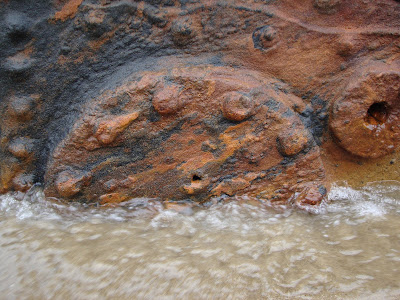 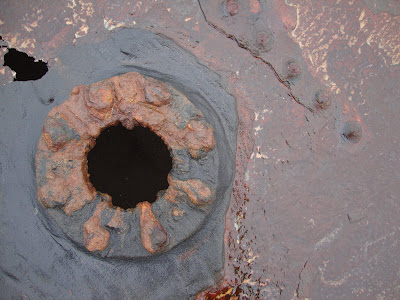 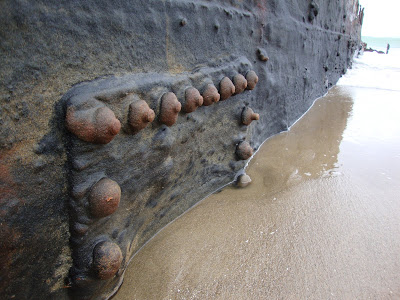 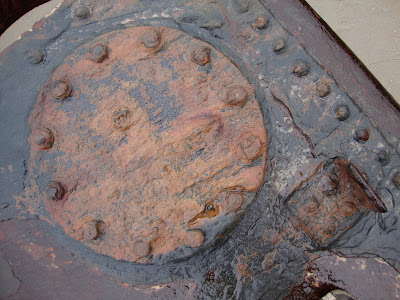 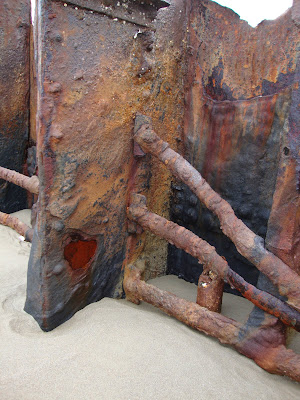 Parts or all of the remains of the Sujameco can be seen every winter out on Horsfall Beach just north of Coos Bay, Oregon.
Posted by Steven Michael

A Journey begins with the desire to take the first step. 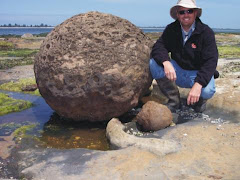 Steven Michael
"I started this blog to share my experiences and adventures while I journey across Oregon and the Pacific Northwest. My hope is that my travels will inspire you to get out and explore the great outdoors in your area and beyond." ~Steven Michael 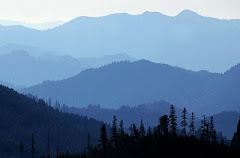 "Beauty is always visible, but it is up to us to see it."